Pakistan Hockey took less than a decade to drop from the top to bottom: the country who won four world cups, three Olympic gold medals and three champions trophy failed to qualify for the 2014 Hockey World Cup.

Pakistan Hockey Federation (PHF) is facing financial crisis and failed to provide facilities to train hockey players to compete in the international arena. It is extremely disheartening for the fans all over the globe to miss Pakistan, the king of hockey in the major tournaments. Despite hockey being the national game of Pakistan, it has lost the dignity and stature it once held. It’s time to think for the betterment and future of Pakistan Hockey.

Recently Government of Pakistan granted 20 Crore PKR to PHF to invest on their infrastructure and to provide facilities to hockey players. Government should be appreciated on this initiative; moreover, PHF should utilize this money and focus on the future. Former hockey players should organize talent hunts and provide their services to PHF.

Recently Javed Afridi, the owner and CEO of Haier Pakistan and Peshawar Zalmi showed interest in buying a franchise if PHF starts a Hockey League. After a successful Pakistan Super League, PHF is considering to start a hockey league in 2017 which will consist of 6 teams from Federal, Peshawar, Quetta, Kashmir, Lahore and Karachi regions. They have aimed to include 30 foreign players to play in 3 cities of Pakistan.

Along with leagues, PHF should think about constructing more hockey stadiums of international standards. It can be achieved with the help of sponsors and revenue from the leagues. No one can deny the fact that talent in Pakistan still exists as Pakistan won 2016 Asian Games, and 2012 and 2013 Asian Champions Trophy without any proper facilities and funds.

Advertisement can also play a vital role in attracting people’s interest towards this sports. Another key towards the betterment of hockey is to eliminate all forms of corruption from the PHF as honesty and commitment is also one of the major ingredient towards the revival of hockey. We hope that Pakistan will rise again in the international arena and will make us proud again. 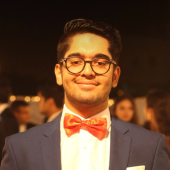