The dawn of 2020 wasn’t so bright for the world; with the Australian forest fires, threat of World War 3, the volcanic eruption in the Philippines, and of course the ongoing COVID-19 pandemic.

The Coronavirus disease was first reported as pneumonia of unknown cause detected from Wuhan, China, on 31st December 2019. The virus, while named officially as SARS-CoV-2, due to it being genetically related to the coronavirus of the SARS outbreak in 2003, was announced to the world as COVID-19 virus by the World Health Organization (WHO) on 11th of February 2020. As the term SARS being included in the name would result in unnecessary panic from certain regions.

The disease being highly contagious – and the world now being so connected – has resulted in its rapid spread across the globe. The fear and panic surrounding it has engulfed this disease in a blanket of confusion, as people have difficulty differentiating myth from fact. The biggest myth surrounding this virus is that it is thought to be air-borne. This is not true – the virus is spread via respiratory droplets, produced during coughing and sneezing. The use of masks is also not recommended to the general public, as only those who suspect they have the virus, and their caregivers, are required to do so.

The outbreak was declared a Public Health Emergency of International Concern on 30 January 2020 and a pandemic on 11th March 2020.

Pakistan has reported 2,081 as of April 1st (there were 121 cases by March 15), with over 54 individuals having recovered. Strict measures have been taken as Pakistan borders China and Iran, both of which have been hit hard by the virus. WHO has expressed confidence in the way the government has handled the crisis so far with land borders shut, international flights limited, educational institutes closed, and public events banned.

Researchers and scientists worldwide are working day in and out to gather more information about the virus and to formulate a vaccine against this disease. Pakistan too has contributed greatly by devising a cheaper coronavirus diagnosis facility. The scientists at Atta-ur-Rahman School of Applied Biosciences (ASAB), NUST, have established molecular diagnostic assays that will be available at 1/4th the price. The team responsible comprises Dr. Aneela Javed and Dr. Ali Zohaib. At this stage, it is advised to keep calm, not spread panic, avoid unnecessary gatherings, and continue to follow good hand and respiratory hygiene practices – like regularly washing hands. May the odds be ever in our favour.

Perfectly unique just like everybody else. A friendly, socially awkward ambivert. From getting excited over science videos to fangirling over novels, a nerd to the core. 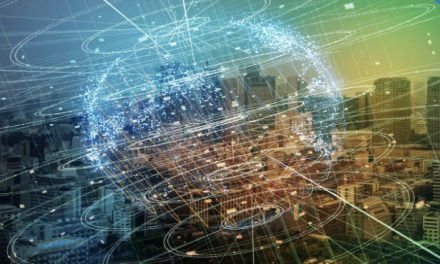 Why is the Internet Good and Bad?

The Tyranny of Expectations

Education for the Rural Population