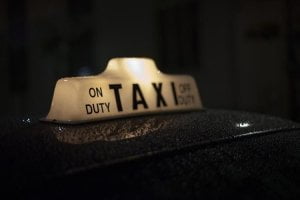 The ball stops on the football field one final time, but the fast wind continues carrying it forward. The boys decide to call a halt to their football match amidst the oncoming gale. Most of them head back to their hostels to enjoy the cold weather from indoors. One of them has a long way to go before reaching home. He had never ever stayed in the university so late at night. He seems anxious and distressed about heading back home in this harsh weather, but he’s eager to be in the comfort of his house.

Nonetheless, he grabs a cab to head back home. Luckily for him, the driver is nearby. He rushes to get inside the car as the sky is brightened with a burst of lightning, and thunder rumbles across the surroundings. Surprisingly, the back door is locked. The driver offers him the front seat. At first, he hesitates, but then the thunderstorm forces him to get inside.

The driver seems to be a young man in his early thirties. He greets him, and they begin heading for his home. Something seems unusual about the car, but he ignores it having found a haven from the storm brewing outside. The driver engages him in a conversation asking him the purpose of going out on a night like this when most people would prefer to stay indoors.

The driver appears to be keen to know every minute detail in his replies. He does grow a little suspicious of his unnecessary inquisitions, but the worry to head back home as early as possible preoccupies his mind, which stops him from diverting his attention elsewhere.

It starts pouring down heavily. He shifts his attention away from the driver’s talk onto the fierce weather, wondering what he was thinking going back in weather like this. He loathes himself for not having somehow managed to spend the night back at the hostel. Not replying anymore to the driver, he gives him a petrifying look. This creeps him out from the inside, but he does not allow it to come to his face.

The heavy rain slows down the traffic. The car reaches the turning point on the highway, but there seems to be a problem here. The turn is blocked by a tree broken down due to the thunderstorm. This all adds to his apprehension, and he fails to control his nerves.

He looks towards the driver in horror not knowing what to do now. The driver tells him about the longer alternate route – the last thing he wanted for tonight. A short journey back home now turned into a nightmare for him. He has to now bear with the driver and the weather for an extended time.

His fear now becomes evident. His body starts shaking uncontrollably. Was it due to the fright of the ride, or the cold weather? He didn’t know, nor did he care. All he wanted was to get out of all this and be back home safe.

Forced to take the long way home, distress was apparent on his face. The driver asked a spine-chilling question about whether he had been ever on this route before. “Err, I guess not”, he replied, but not to give anything away, he promptly altered his answer to “A few times long ago”.

Something was definitely not right about this ride. He felt it all the way, but could not point out what the matter seemed to be. Finally, the hellish journey came to an end. He got off the car at his home, but before he could walk inside, there was another twist.

He could feel the car and driver still lurking around in the background like a shadow. Suddenly, the car disappears into thin air. He is unable to walk inside. He starts to hear a creepy and screeching noise in his head. A strong wind begins to blow, which lifts him from the ground into the air. His feet won’t touch the ground, and he appears to be all powerless stuck in the wind. He sees the driver in a ghostly appearance, and his heart is now up his throat as he is terrified and unable to move.

Lightning, the sound of thunder, and the rain intensify. A strange beeping noise is heard. He realizes it’s his alarm as he awakens. He comes to know it had been raining all night with a thunderstorm. Relieved, he takes a sigh of relief. Still in a state of shock, he gets ready to be on his way to university in the morning.

He still has a hard time coming out of such a hellish nightmare. On his way, he sees a man resembling the driver from his dream who passes him a smile. He finds out the way on the highway is actually blocked, just like in his dream. His mind becomes blurred and vague as he tried to recall his dream. Or was it really a dream? 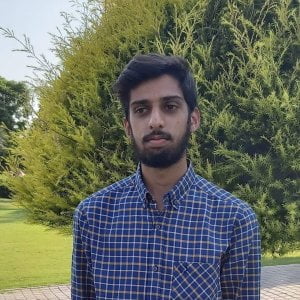 Writing, Music and Football, The three things above others in life. Eager to share my thoughts and opinions here with you. And also a Mechanical Engineer in the 4th year. 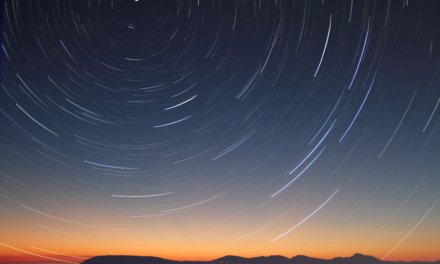 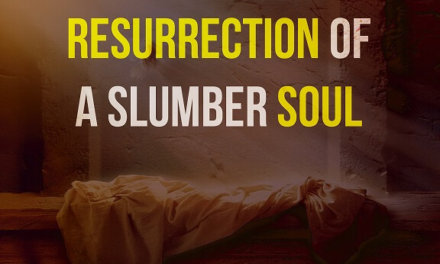 Resurrection of a Slumber Soul 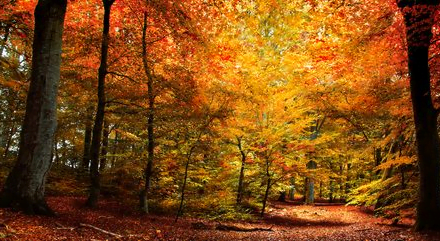 Change Can Be Beautiful